Healthy Spices You Should Add To Your Diet.

A diet doesn’t have to be boring. Eating the same thing every day can get repetitive and monotonous. I get this complaint a lot from people saying they can only eat so many chicken breasts, salmon fillets  and stalks of broccoli before they need to change it up. Don’t let yourself get into a rut and add different fruits, vegetables, and meats to your diet. The second solution, and one which this article is based on, is seasoning your meat and vegetables with different spices which will give it a unique taste and provide numerous health benefits.

I cringe when I see people marinating a great piece of meat or fish in a sodium loaded sauce like barbecue  soy sauce, or steak sauce. A small amount of marinade is generally acceptable but often times people over due it by soaking their meats in all kinds of preservative/sugar-loaded sauces. Instead of ruining a great tasting piece of meat with a marinade, opt for spices instead. Spices offer a wide range of benefits that all have unique health benefits and save you from the high levels of sodium, preservatives, and sugar found in most marinades that lead to several health problems

What to stay away from 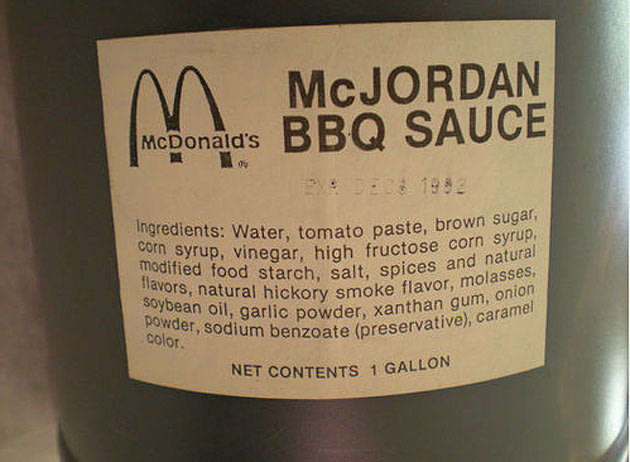 The problem: While the sodium content is less, the sugar levels are still relatively high. The real problem lies in the ingredients and preservatives.  Almost all BBQ sauces list high fructose corn syrup, brown sugar, xantham gum, and artificial flavors as just some of the long list the it takes to make this stuff.

The problem: Most mesquite sauces are loaded with sugars and unhealthy carbohydrates to go along with the high sodium levels and artificial ingredients.

The  Spices You Should Use Instead 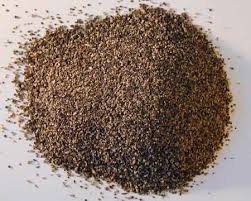 Pepper is one of the world’s healthiest spices because it is known for its positive effect on the digestive tract. It also has antibacterial and antioxidant benefits. Pepper also provides Vitamin A, Calcium, Copper, Vitamin K, Iron, Manganese, magnesium and Potassium.

Dried chili pepper powder adds heat and spice to chili, hot wings, and ethnic foods. Similar to cayenne pepper ground chili pepper provides anti-inflammatory benefits, as it contains capsaicin. Dried chili pepper is one of the world’s healthiest spices because it is also a good source of Vitamin A, Vitamin C, Potassium, Iron and dietary fiber.

Ground Cinnamon is not only very low in cholesterol, and in sodium, it is low in saturated fat. Cinnamon also boosts your vitamin intake with its Vitamin C , Iron, Manganese, and Vitamin K.

Ginger, like most spices, is low in cholesterol, low in saturated fat, and low in sodium. Ginger is one of the world’s healthiest spices and provides Copper, Manganese, Magnesium, Potassium, and Vitamin C.  Ginger, even when used in Ginger Ale, is known for its positive effects on an upset stomach, or medically, on gastrointestinal distress. Ginger is a great way to quell motion sickness. It also has some anti-inflammatory benefits.In addition to exuding and incredible aroma when cooked, cinnamon has health-promoting properties, making it one of the world’s healthiest spices. Cinnamon promotes anti-clotting, can control blood sugar and improves digestive health.

Tumeric is low in cholesterol and low in sodium. The yellow tumeric also provides dietary fiber, Iron, Manganese, Magnesium, Vitamin B6, Vitamin C, and Potassium. Tumeric is considered one of the world’s healthiest spices because of its anti-inflammatory qualities, it aids in digestion and it can help heal wounds.

Thyme has a minty flavor and immune-enhancing properties. Preliminary studies show that it may increase the amount of omega-3 fatty acids present in kidney and brain cells. Like other spices, thyme is an excellent antioxidant and is rich in antibacterial and antispasmodic properties.

Marinating meat, fish, and poultry significantly decreases the amount of carcinogenic heterocyclic amines (HCAs) produced when the meat is cooked at high temperatures, like in grilling. Like i stated before, a moderate amount of marinade is acceptable. My suggestion is if you do decide to marinade, look at the ingredients of the marinade of choice and opt for something with natural ingredients and limited preservatives. If that isn’t an option opt for the spices listed above instead.

Thanks for reading and let me know if you have any questions.